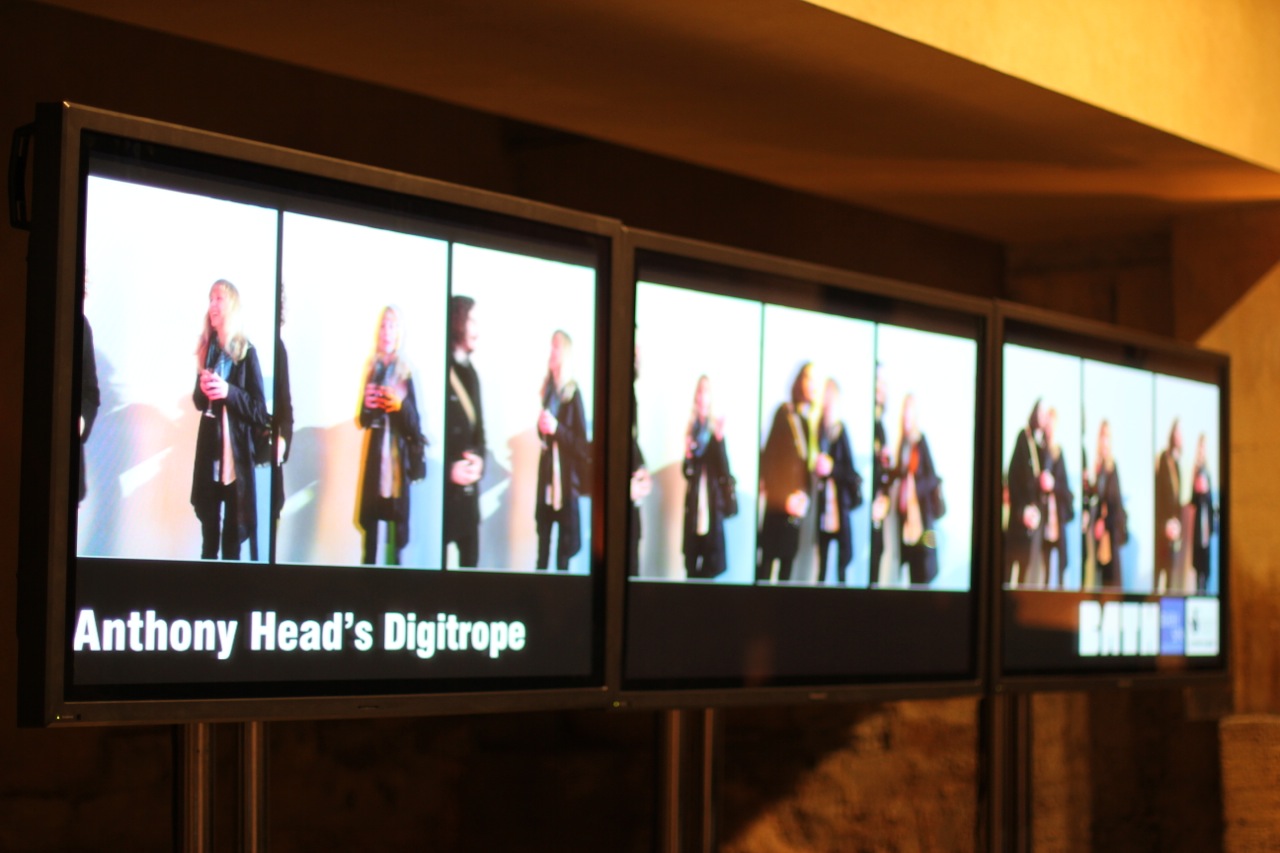 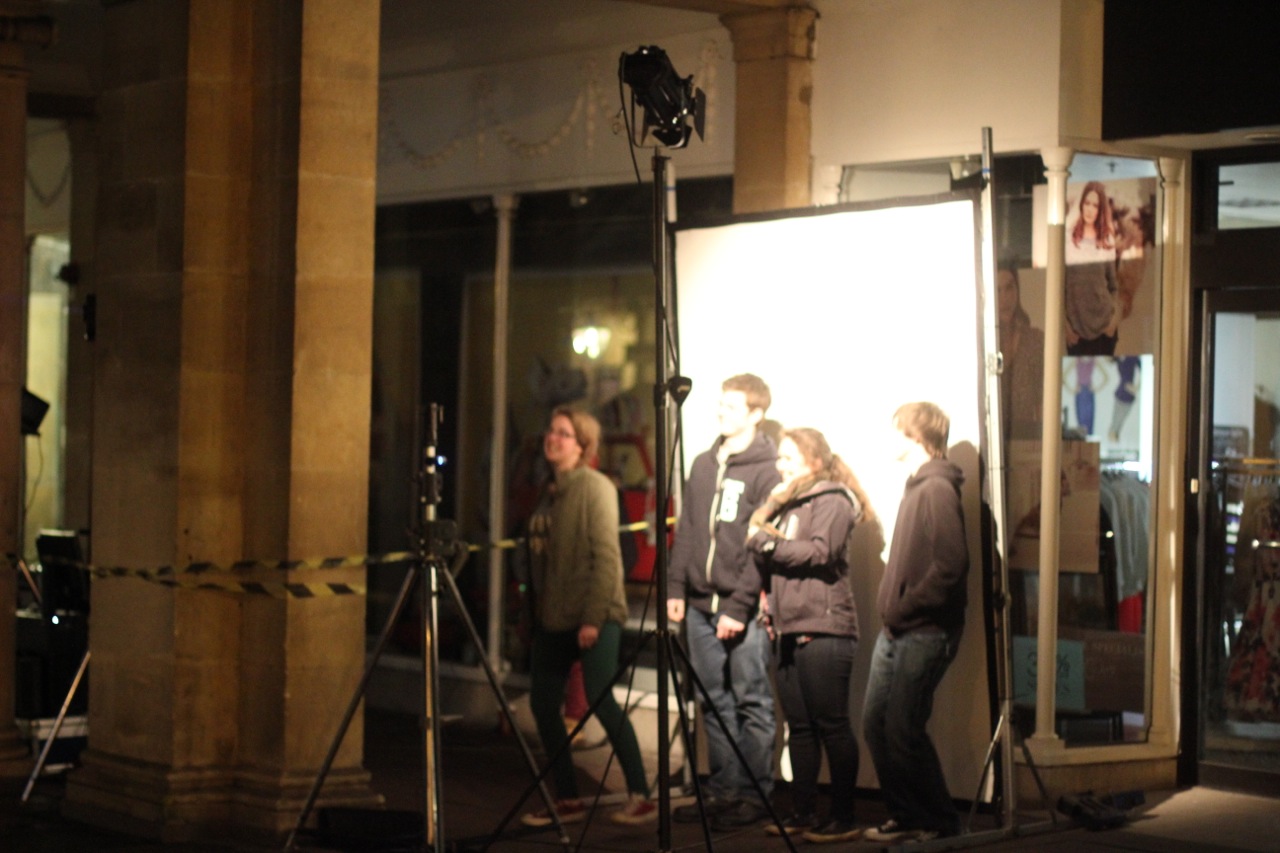 People participating in front of the camera. 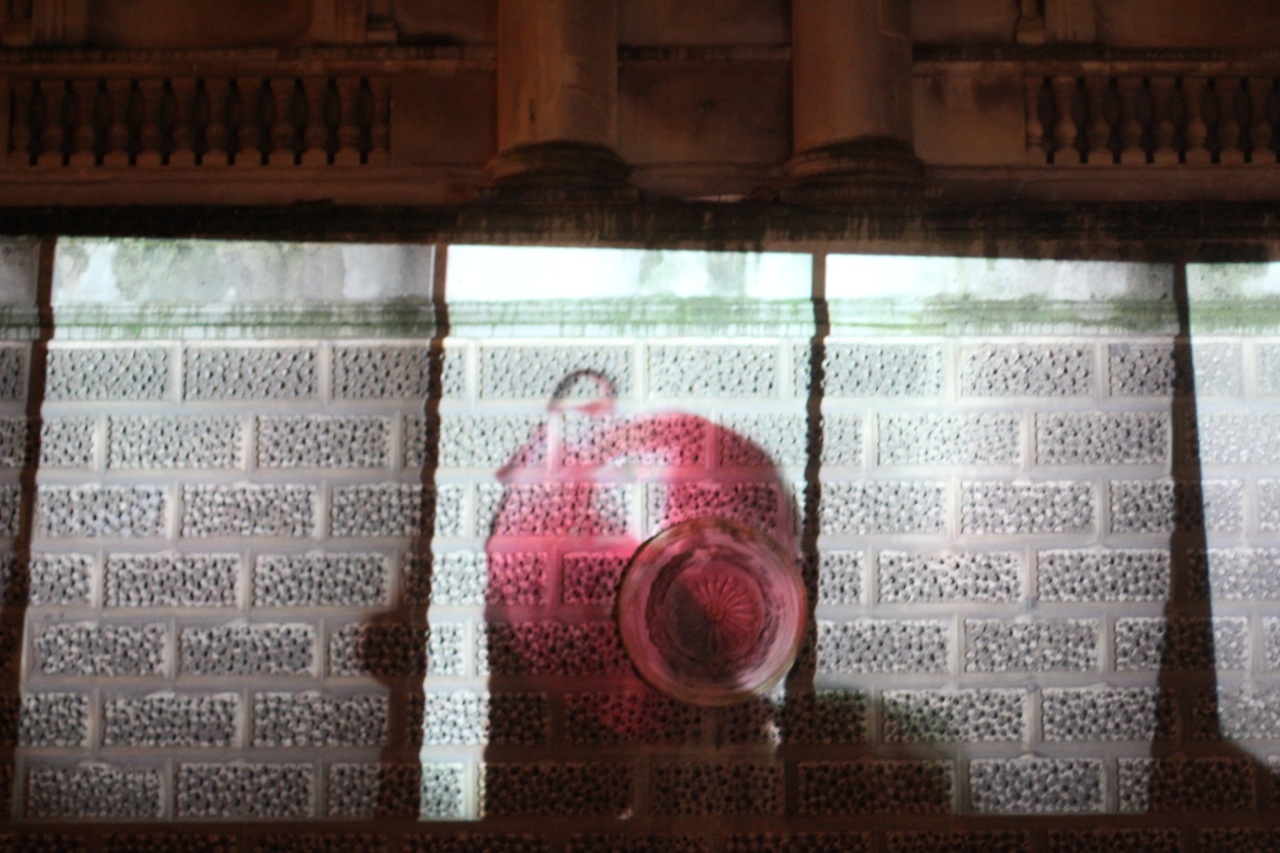 A section of animation. 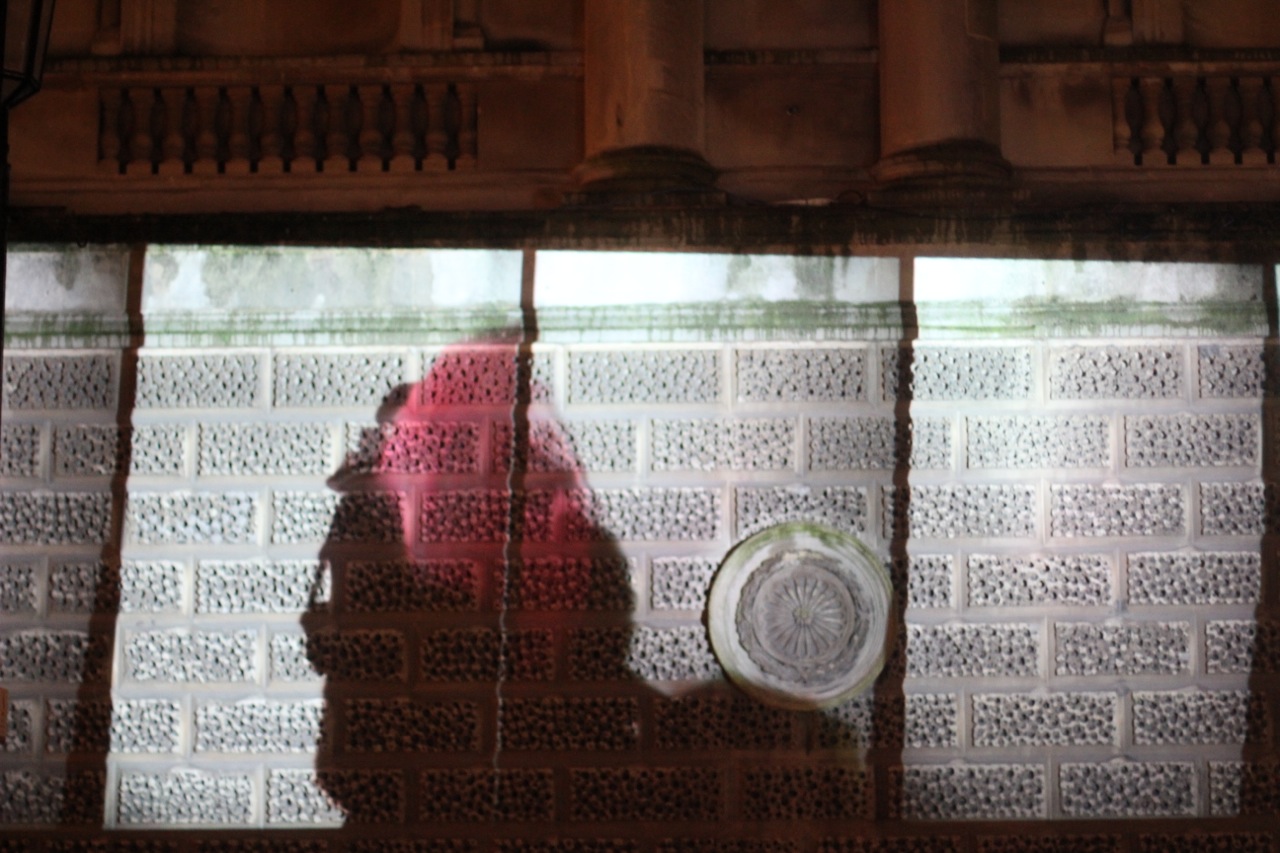 Appearing to walk across the screens. 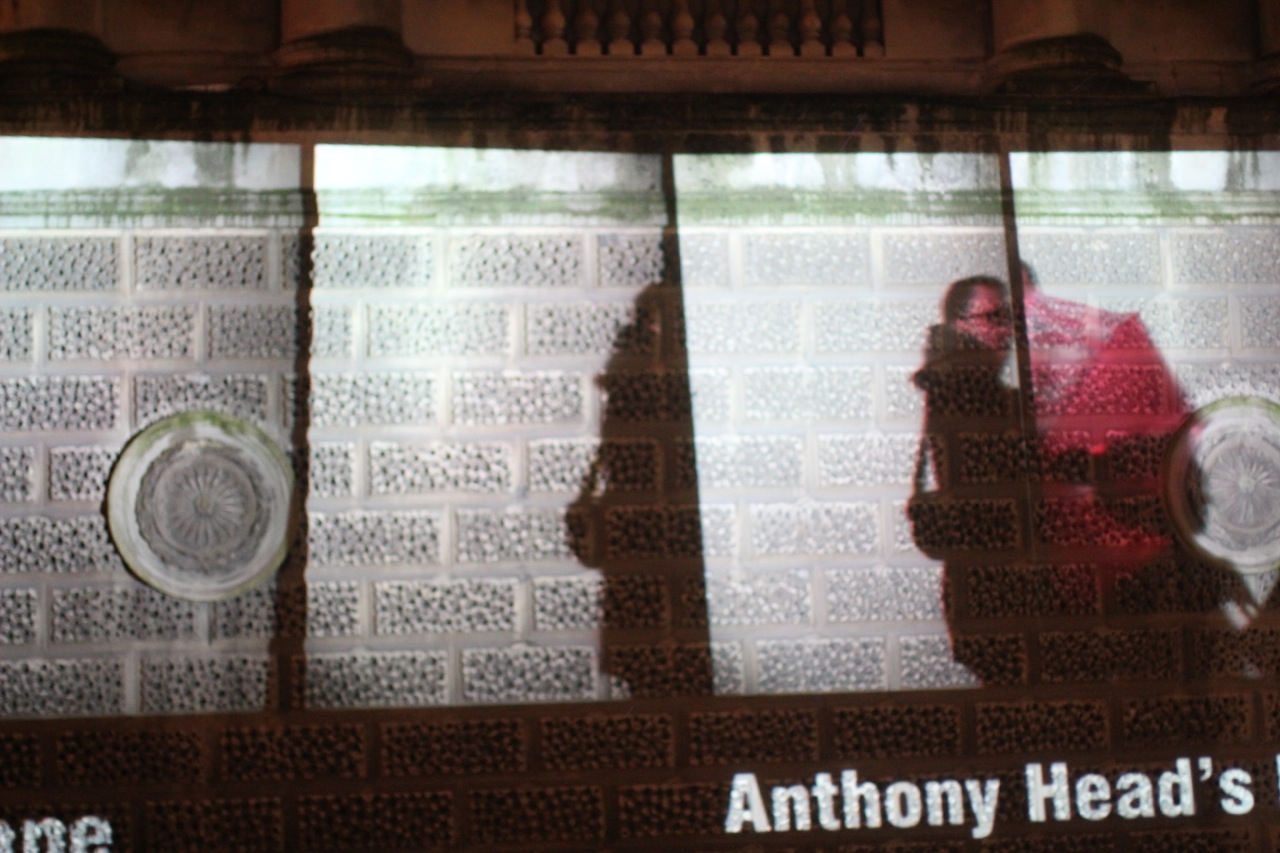 Continuing to walk across the screens. 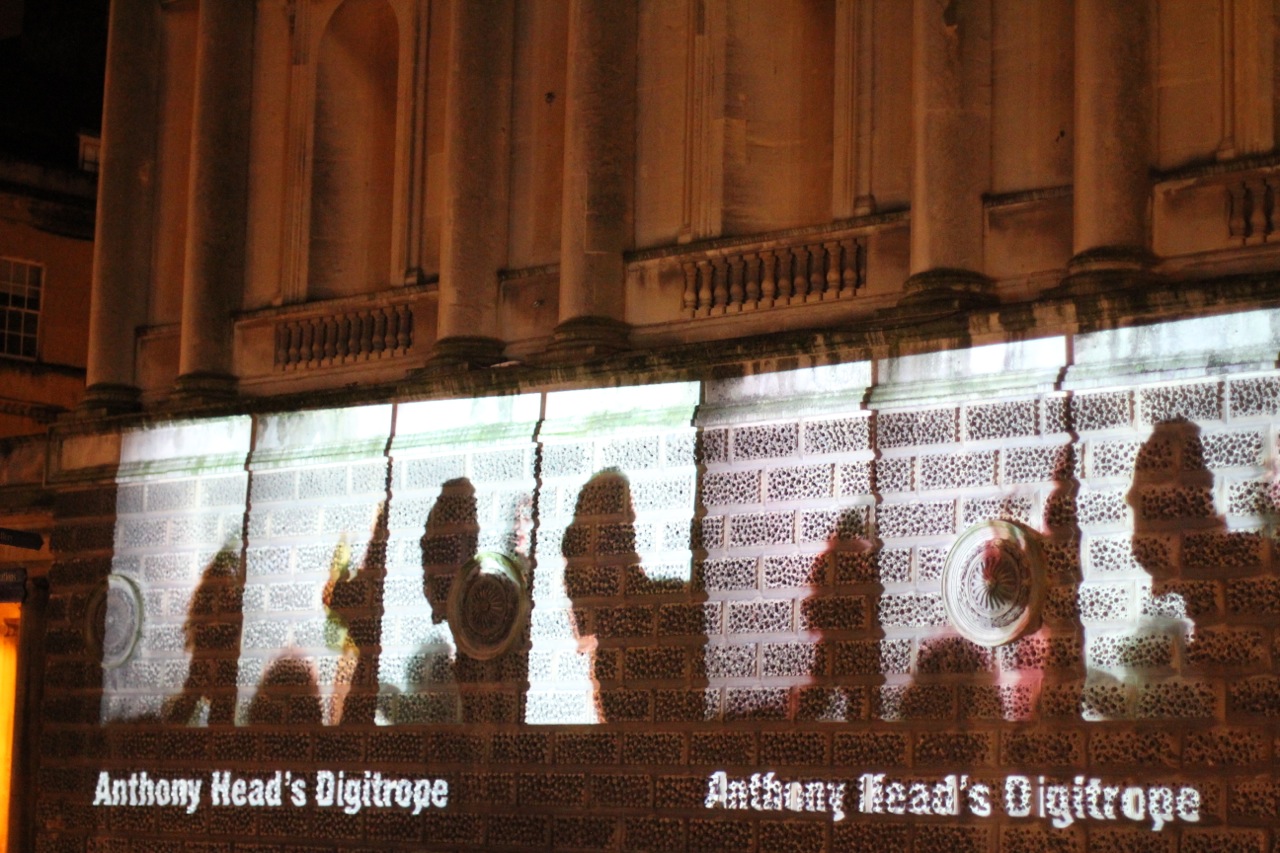 Anthony Head’s Digitrope is an experiential artwork influenced by the 19th Century animation device, the zoetrope. It is an artwork where the audience can participate by being recorded into the multi-panelled screen (usually projected on wall). When finished recording they are then played back in each window, time-delayed and sped up and down. The result of which leaves the audience with a feeling pleasure, of fun and laughter as they see themselves rhythmically displayed.

In animation terms zoetrope’s are simple things, showing twenty or so frames of animation to create a very short film. But at the time of its invention, the zoetrope must have given great pleasure to people.

As a child in the early 1980’s I had a cardboard zoetrope, purchased on a visit to Brownsea Island in Poole, United Kingom. At the time, I experienced the same pleasure that those people viewing these things a hundred years earlier had experienced. There are several aspects that I remember: the fact that I had control of the animation, I could speed it up and slow it down; The fact that I could change one animation sequence for others, or most importantly, I could create my own one second animations, by drawing the frames on a sheet of paper, taping it together into a tube and placing it inside the cylindrical zoetrope. It was a lot of fun, but most importantly I had control and I could take part creatively.

Drawing on this earlier experience and a history of experimenting with live camera inputs and computers, I explored the notions of creative control, participation and playfulness that occurs when you are presented with yourself live on video (curiously different to just seeing yourself in a mirror). A zoetrope presents not just one image of animation of course, it presents many images, slightly out of sync with each other, time delayed. This particular feature came to mind when I created a digital zoetrope – a Digitrope.

Anthony Head’s Digitrope (named with the extravagance of a 19th century inventor/performer) allows people to take control of their animation, by improvising a silent performance in front of the camera. They can record themselves for a variable amount of time, short or much longer than a second. When ready the Digitrope kicks into action and delays the playback, creating a wave of animations across the canvas, either a wall or bank of screens.

This work was first shown for 2013 Bath Digital Festival in two forms. It was shown on the launch night on three plasma screens, and then for two nights on the walls of Roman Baths, in Bath, projected 20m wide and 3 metre’s high with eight ‘windows’. The nature of it is that it’s scaleable, and has many options for how it is displayed. It could easily be twice the size.

A short film of project was made by publishing students of Bath Spa University.